How to Wire a Plug Safely In 5 Steps

Many people want to know how to plug correctly when wiring new plugs. This is a basic and practical skill. But, to make sure the process goes smoothly, you need to know what you are getting yourself into. A faulty plug can cause an accident. Faulty wiring can lead to burns and electric shocks.

According to statistics, of over 29,000 accidental electrical fires in England, 18% were the result of plugs, cabling, or wiring. And of these, 51% were caused by faulty electrical supplies, while 33% were the result of faulty leads and appliances. If you connect the circuit wires to the wrong outlet or the wrong terminal, then the outlet itself will work. However, the polarity will be sent backwards.

Meaning that a lamp, for instance, will have its bulb socket sleeve energized instead of the tab inside it. In the electrical box, you should connect the black wire colours (hot wire) to the brass-coloured terminal. While the white-coloured wires (neutral wire) go to the silver-coloured terminal.

If you connect any of the wires backwards, the polarity gets messed up. Of course, a plug can fail for a number of reasons. Like loose wiring or a blown fuse. If you have a faulty plug, it’s time to replace it. The good thing is, there is a simple solution to your problem.

Here, we will show you simple steps to follow when you wire a plug. Take a look at the steps below on how to wire a plug safely.

Take the screwdriver and remove the old plug head. Start by taking out the central screw, which is more than enough to let it loose. Take out the cap. Then loosen the two bottom screws to release the clamp in the plug. Remember, don’t unscrew these completely. One of the screws should stay attached to the clamp, remove the other screw, and put it away safely. Now, it is time to start disconnecting the cables.

Begin by taking out the screws from the terminals. Use the screwdriver to take out the cables, by slowly pushing the cable away from its intended spot. If you have damaged wires, cut them. If only your plug head got damaged, then there is no need to cut the wires. 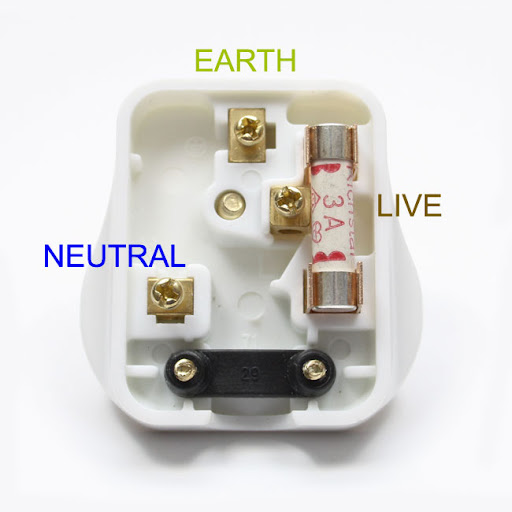 With the new plug head, you just purchased, maintain the information on the back of the plug for rewiring. Every time you buy a new plug, you will see printed information over the plug. This will be useful. Release the cap with a screwdriver, by focusing on the central screw. Hold on to the loose screws since you will need them later. Use the same tactic mentioned in the first step. Release one of the screws and get ready to connect the cables.

Before you work on the wiring, observe the inner components of the new plug. You have three screw terminals, the cable clamp for providing strain relief, and a fuse to protect the appliance. The fuse should be rated below the maximum cable current capacity. If let’s say, you want to use a 20 amp cable. Then a 13 amp fuse would protect it.

Step 3: Take Out the Outer Sheath of the Power Cord 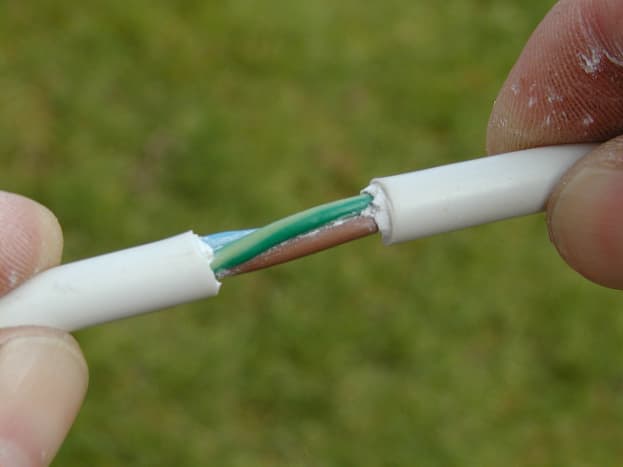 Take a knife, and expose the ends of the wires inside the electrical cord. Cut about half a centimetre of the plastic insulation. This is the correct length for the outer insulation that covers the power cord. Make sure not to cut too deep, or you will damage the inner cores. Just snip down along the sheath and expose the cores. Then grab the sheath with your fingers and pull out the side you just cut. It should slide right off. Put the cable into the plug head. Now, it’s time to figure out where each cable goes. Every plug head features internal markings left by the manufacturer. Follow the instructions for the correct terminal to get it right. Each terminal has a mark with the letters “N”, “E”, “L”. Such as:

Before you start connecting, cut the internal cables to fit the terminal length. Don’t cut too much, only a few centimetres will do. Besides, it’s always easier to cut off the excess earth wire rather than to start the process all over again once you’ve cut too much. Then, expose the copper wiring of each cable with wire strippers. That includes the earth wire, neutral wire, and live wire.

You can find out more about UK wiring colours here. 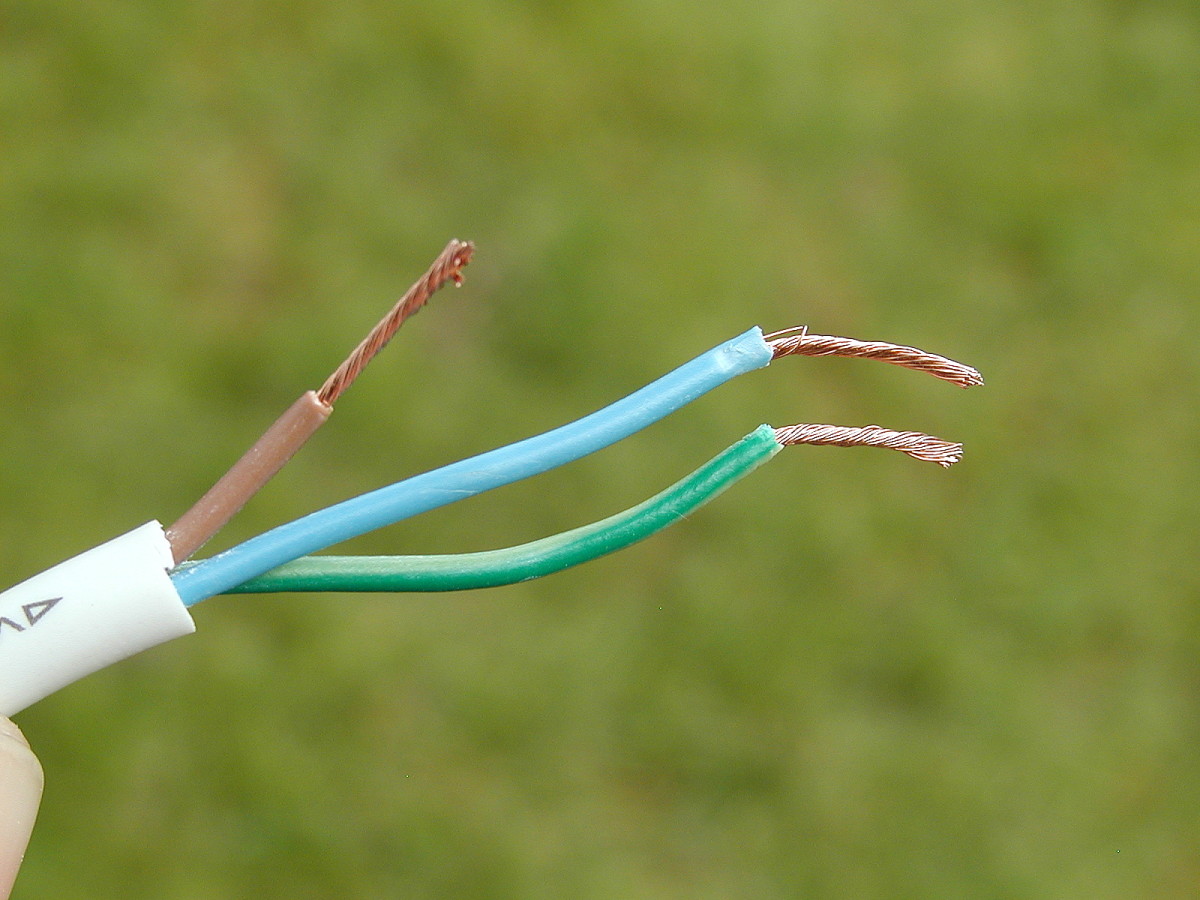 For a snug fit, twist each copper wire. This will avoid any loose copper sitting in the plug and causing problems. Now, place each cable in its predetermined spot. The earth wire fits into the “E” mark, the blue wire connects in the “N” mark, and the brown wire fits in the “L” mark. The “E” mark is for the earth terminal and earth wire only. Don’t put the earth wire in the neutral terminal. This is the right wiring diagram.

Step 5: Close the Plug and Add the Cap

Once all the wires are inserted, tighten the terminal screws. Make sure there is no exposed copper or an incorrectly wired plug. Put the cable clamp back into its place. Double-check each terminal for no loose strands, screws firmly fit in place, and that each wire fits properly into the plug head. Put the cap back on and secure the screws in place. If you can’t close the cap, it means some of the wirings are placed over the frame of the structure of the plug. So, place them properly and reapply the cap. When all is done, the plug cap should fit with ease.

And there you have it. Now you know the right ways to wire a plug and replace your electrical socket. This is something that will come in handy whether you need a new plug for decorative purposes or the casing has been damaged. The trick is to be extra careful and work with patience. If you don’t think you can handle it alone, contact a qualified electrician. Sometimes it can be a little tricky to get all the wires to connect right. Now that you are familiar with the correct fuse and wiring tactics, you will have an easing time wiring a plug. Let us know if you found this guide helpful in the comments below.