How to Remove Artex 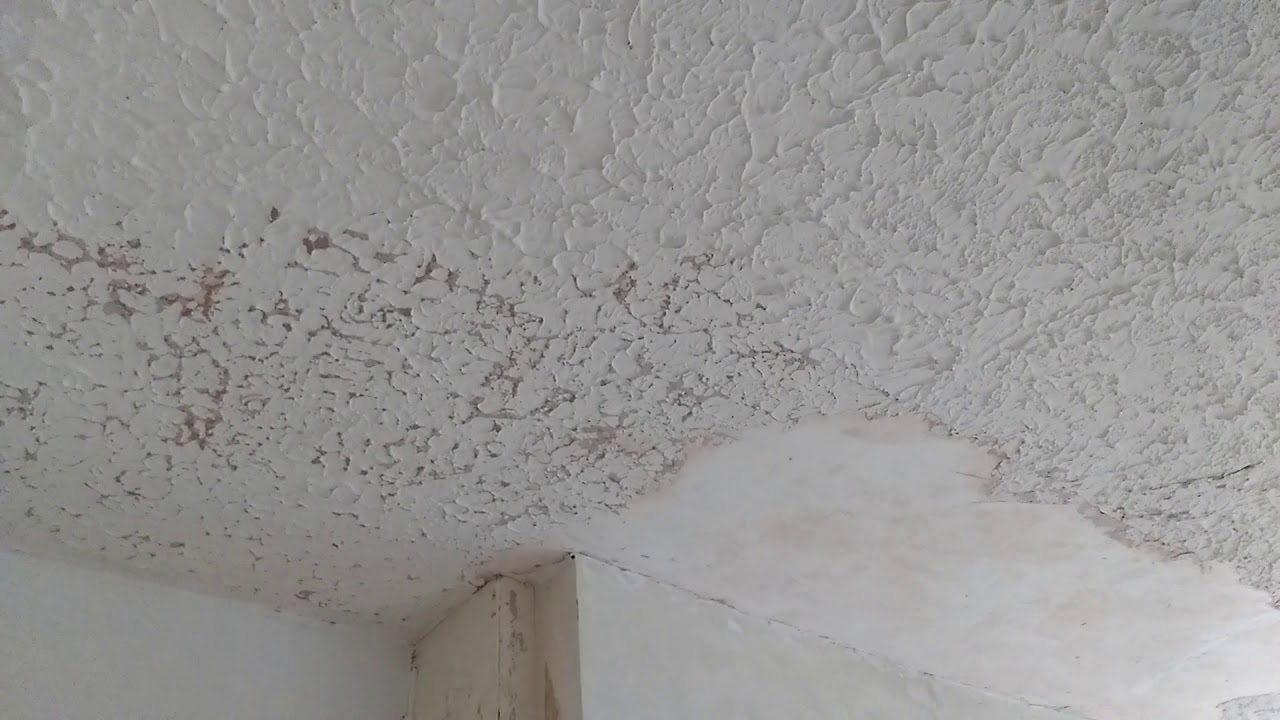 Although Artex is a company name in the United Kingdom, it has become a shorthand name for any textured coating. It was most often used on ceilings, although it could be used elsewhere, usually with stippled or swirling patterns. The main advantage of the format is that it allows for a ceiling finish without plastering. They were particularly popular in the 1960s and 1970s but have fallen out of favour since. Part of the issue is that they have become less fashionable, and aesthetics have changed over the years. However, there is another much more severe problem associated with Artex.

Does My Artex Contain Asbestos?

It is common knowledge that many Artex ceilings contain asbestos. Asbestos is a particularly dangerous material. If inhaled, asbestos may cause lung scarring and increases the chances of developing cancer. Unfortunately, you cannot identify asbestos by sight or through any identifying odour. The harmful fibres are too small to detect. Therefore, you can only be sure after you have obtained lab results. However, we have known for decades that asbestos is dangerous and phased out of use. Today, Artex finishing is entirely free of hazardous material. Therefore, your best indicator is the period where the Artex was installed. If the ceiling in question was completed in the early 1980s or earlier, there is a good chance it contains asbestos. Unfortunately, they were a crucial element in the initial Artex installation process. The role of asbestos was to make the coating stiffer so the installer could form patterns more easily. If your Artex was installed from the mid-1980s until 1999, we do not have a cut and dry answer for you. There may be some asbestos involved, but certainly less than in previous jobs. Therefore, if your ceiling was done before 1999, take the proper precautions. Your best bet is to contact a professional asbestos removal company to survey your ceiling if you are unsure. In some cases, the local council can advise you on the next steps to take.

How To Remove Artex From Walls & Ceiling

The most important thing to know about removing Artex is that it is unsafe to do so on your own if there is even a chance that it contains asbestos. If there is any risk, don’t chance it. The dangers of inhaling newly exposed old asbestos are just too great. If you are confident that the job is safe, there is more than one way to remove Artex from your ceiling and walls. We will compare the two primary methods so you can see which one suits your needs better.

Steam is the most popular method of Artex removal.  However, it is not perfect. It is a notoriously slow process and can be messy if not executed carefully. It is quite a simple process. Simply dampen the Artex with a steamer and then remove it with your handheld scraper. There is no particular trick to it. The Artex will peel off quite easily. However, the job requires a lot of patience. You must move slowly and deliberately with your steamer. But you can’t keep it in one place for too long, or you may damage the wall.

A far quicker solution involves, well….. a solution. This process involves far less manual labour as well. The best product to used is a water-based coating remover. Good solutions are available at any good DIY store. Just leave the substance on the wall for about an hour. Keep in mind that the more paint was used on the ceiling, the longer it will take. So it could take longer than that in some instances. After that, you should just peel the Artex away with no difficulty or much of a mess. 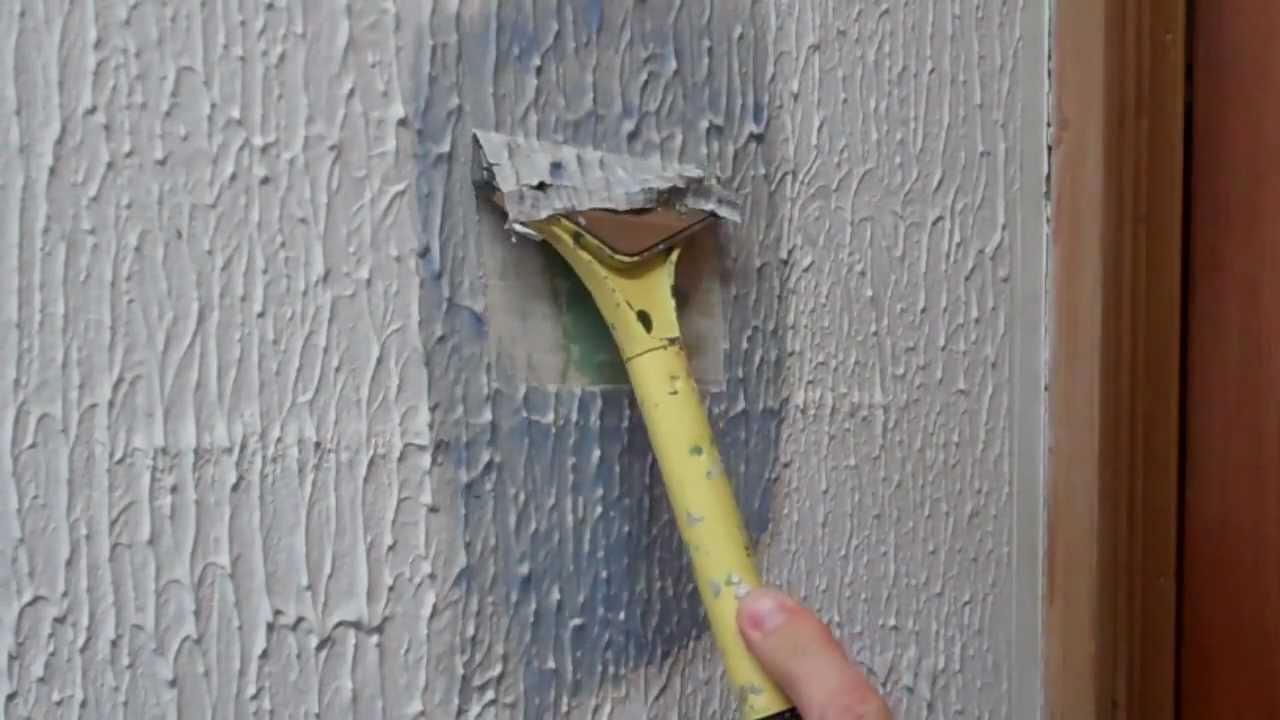 Do You have to remove Artex to Plaster Your Ceiling?

Not at all. In many cases, the best thing to do is plaster over the Artex. However, keep in mind that you should never attempt to plaster over a ceiling containing asbestos, just like Artex removal. The plastering process will put you too close to the hazardous substance. Use a sander to make the surface as smooth as possible. Next, use a solution made of one part water and the other part PVA adhesive. Cover every single part of the surface to ensure a consistent plaster setting. As you probably know, plastering is a very messy home job. Therefore, make sure to cover your furniture and carpeting with dust covers. When you are ready to start, skim the plaster on the surface. You will be applying two coats of plaster. Therefore, the first coat does not have to be aesthetically optimal. Take more care with the second coat. It will be visible, and once it has hardened, mistakes are hard to fix. Also, remember that it takes plaster several weeks to dry thoroughly. Therefore, do not apply paint of coat until you are sure that it has.

Is Artex removal a DIY job? If no asbestos is involved, there is no real risk to doing it yourself. It is also relatively easy for anyone with a DIY experience. However, if there is a risk of asbestos, it is only a job for a licensed professional. Does it matter if I need to remove Artex from a wall or ceiling? Not really. The primary method is the same. However, working on a ceiling is always more dangerous because of the risk of falling. What do I do if my Artex is Cracking? If the Artex was installed after 1999, cracking is just an aesthetic problem. Fix it, but there is no particular urgency. However, if it may contain asbestos, wear a mask and seal the ceiling with a PVA. Then call the local council. Can I paint Over an Artex Ceiling or Wall? Yes. Although it is, yet again, best to make sure it does not have asbestos first. The best method is to apply three coats of matte emulsion paint.